Traffic Networks are given several names by affiliates, so let me list all that I have heard so far, whichever of them you see, it’s still the same thing : Traffic Source, Ad Network, Banner Network, Traffic Broker. All of these refer to the traditional setup where the network manages advertising placements/spots on the sites of their publishers.

Sometimes you will also see the term “Pop or Popunder Network”, this refers to Traffic Networks that focus exclusively on “Pop Up” or “Pop Under traffic”. Pops are those down-sized, or full size windows that open on top of the browser window or behind it.

There is one more network type that needs some clarification – DSP and mDSP. This acronym means Demand Side Platform, the extra “m” means Mobile. DSP serves as a middle man between large Ad Exchanges and the Affiliates. These large ad exchanges do not work directly with affiliates so the only way to reach their inventory is by using a DSP. To name a few in case you are wondering – Smaato, MoPub, PubMatic, OpenX … there is a lot of them.

SO WHY DO TRAFFIC NETWORKS ACTUALLY EXIST?

15 or so years ago there were pretty much no big world wide Traffic Networks, for example Adwords and Adsense by Google were launched in 2000 and 2003 respectively. Networks that existed, didn’t want to work with small site owners and small traffic buyers. These were similar to the current large ad-exchanges I mentioned above – they only wanted large publishers and large buyers. This meant that small sites didn’t have much options to monetize their world wide traffic and small advertisers didn’t have much options when buying traffic for their sites or sales pages.

Imagine that you were the owner of a small site and you’d like to make some money with it. You would have to try to either find someone to sell your ad-space to or try to promote some product that would be appealing to your audience. And let’s take a look from the other side too, imagine you are someone who wants to buy some traffic and boost you visitors. You would have to approach site owners one by one, trying to make a good deal with them. Can you imagine how much of a hassle this would be with small sites?

Google saw this huge opportunity and created the Adsense program, which allowed sites of all sizes to earn extra revenue by serving ads to their visitors. Advertiser could now start buying this traffic through the so called “Google Display Network” that is part of the Adwords program. The ease of use and the huge user base of google made this an instant success. Thanks to this move, google is now dominating the market, none of his competitors comes even close.

Google wasn’t the first one to start a traffic network, but they are certainly pioneers when it comes to waiving the entrance barriers for both publishers and advertisers. Big or small, they take them all 🙂 These days, there are literally 100s of traffic networks out there, some better than others, some larger than others … you can spend days by testing them all.

There are good reasons to use a traffic network, whether you have traffic to sell or you want to buy some. There is no easier method to monetize your visitors, than working with a traffic network. All it takes, is to put a code they supply you with, somewhere on your site. They take care of the rest. And since they have global clients, they can sell almost all of your ad impressions, not just from some countries.

Traffic networks also provide many benefits to those who are buying traffic. First of all, they give you opportunity to advertise on sites that you didn’t even know existed. You can reach highly targeted niche sites that convert extremely well, but dealing with them one by one wouldn’t be effective at all. Another positive is, that you can literally pick what kind of visitors you want to show your ads to. Want just people from the US, using an Adroid phone who are connected through wifi? No problem. These options are different from network to network tho, some offer very deep targeting, in some cases it’s not so hot. One way or another, the targeting options are always much better than having to buy all the ad impressions or click that a site can provide.

ARE THERE ANY DOWNSIDES TO USING TRAFFIC NETWORKS?

Just as grass isn’t always green, there are also downsides to using traffic networks. And again, for both the publishers and traffic buyers. Let’s start with the publishers – using an ad network is a VERY easy method of making some revenue, but it’s not always the best. In case you have a site in some very lucrative niche – forex, financial products, insurance … – you will get very high rates. But in case it’s for example a general entertainment site, the rates will be very low. In such cases, it’s better to focus on building a product that would work well with the users, try some form of email collection etc …

Traffic Networks are businesses that want to generate revenue, so as you can guess, they take some share of the $$$ spent on traffic. This means, the buyers are paying more than they would have to, if they were dealing directly with the site owners. That’s why large buyers often make private deals with large site owners – however, this requires quite a lot of skill and experience. Once you make a private deal, it simply runs for the agreed period, you cannot stop it as a campaign with a traffic network.

The problem with traffic networks, that I personally consider to be the biggest one, is FRAUD. Every traffic network, and I really mean EVERY traffic network, has some % of bots/fake traffic in rotation. This doesn’t automatically mean fraud, these days there are so many bots surfing the net, that it’s simply not possible to filter them out 100%.

The problem are networks that simply want to make more money and operate these click-bots on their own. They try to blame the publishers, but in reality it’s themselves doing this and literally printing money with their bots. The only way to combat this, is to run bot detection scripts and ask for refunds whenever you detect too high bot % and try to stay away from these scam artists.

DO WE HAVE TO USE TRAFFIC NETWORKS OR NOT?

I think this is the third time on this blog this week when my answer will be : we need to use them but it’s also a good idea to explore the direct deals with site owners. When making a deal with some site directly, you will pretty much always get a better price, but you will have to buy “global rotation”, so traffic from all countries. This is not a big deal with sites that are written for example in French, bulk of the traffic will be visitors from France obviously. But take a site written in English and the mix can contain countries from India all the way to the US. Only make deals with sites like this when you know ho to monetize international traffic properly.

In case you are promoting products or services that cater only to a select group of users, you will have to use traffic networks, whether you like it or not. A good example would be the so called “PIN submit” products – these are billed for by the mobile carriers, so the product owner has to make a deal with every mobile carrier they want to use. Obviously, they can’t have a deal like that with every carrier, usually they only pick a few from a country and that’s it. In this case, you simply MUST buy visitors who are connected through the required carrier – and this is only doable with a traffic network.

Traffic Networks are experiencing the best times ever right now. More and more affiliates and advertisers are looking for traffic, so this is one of the growing segments and there are no signs of slowing down. Direct deals with site owners are still an option, but every successful traffic buyer I know is also using traffic networks. You need to learn how to work with them too in case you want to make money with paid traffic. 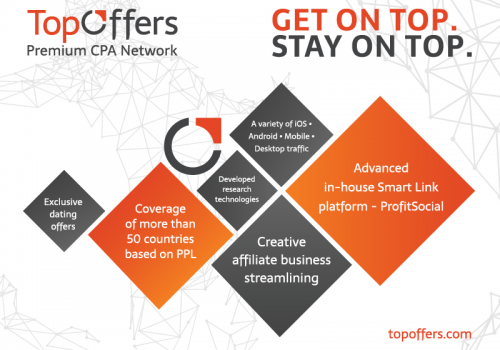 AWE Berlin 2017 is around the corner! Does it make sense to attend affiliate conferences?