Affiliate marketing is one of the fastest moving and ever changing businesses that you can get into. What works today, might be dead by tomorrow. An offer that you were killing it with just last week, could be paused today. Your well oiled campaigns can die anytime, from a number of reasons …

So how does one fight this? What can you do, in order to be able to restart as fast as possible, in case something goes south? I’m using a simple trick for a long time already, it’s all about one thing : You need a set of BENCHMARK creatives along with a pre-tested traffic source(s) that you know EVERYTHING about!

Note: in case you are new here, you might want to read my definitions of affiliate marketing terms and abbreviations!

When starting a new campaign from scratch, you always need to go through certain routine.

Pick some offers, prepare banners, prepare Landing Pages, pick a traffic source and launch … wait for data, analyze and act accordingly. The process itself does not change much, everyone has a unique approach but the basic principles are always the same … sounds easy enough, right?

The problem we face, when optimizing campaigns, is that all the mentioned parts of a campaign influence each other. Figuring out what part of the funnel is a failure, is not as easy as it might seem and many newbies don’t realize this.

Let’s take a closer look at this, step by step.

1. Traffic Source – this is where you get your visitors, in case the demographics doesn’t match your funnel, conversions will suck.

2. Banners – this is our first contact with a prospect, use the wrong banner and you will either attract the wrong people or your CTR will be so lousy that you won’t stand a chance at turning positive ROI.

4. Offer – this is the final step, if the offer page doesn’t look appealing, or the flow is too complicated… the conversion wont happen.

What we need to understand here is, that it only takes one of the four parts to be poor, in order to kill your campaign.

You can have the best banners in the world, amazing landing pages and the hottest offers on the market … but if you are running on a source flooded with bot traffic, it simply won’t convert for shit.

You can buy the most expensive traffic from Google Adwords, using the best text or banner ads and sending it to awesome landing pages … if the offer itself is poor, the conversion rate will be poor too.

All 4 parts have to work together, otherwise you won’t make any profits most likely.

HOW CAN THE BENCHMARK SET HELP ME?

Imagine you need to start a new campaign from whatever reason, maybe you have a new offer/vertical you want to test. Maybe an offer got pulled, you are testing a new affiliate network or a new traffic source … it really doesn’t matter.

You can approach this as a newbie and start testing everything from scratch again, spending a lot of money on data and slowly figuring out what part of the funnel sucks … is it the banner, the LP, the offer or the source?

Or you can take a more advanced approach and try to eliminate as many factors as possible, thus effectively shortening the time needed to optimize new campaigns. This is where the benchmark set comes into play.

I have a large set of proven banners and landing pages at my disposal, for every vertical that we are running.

Dating for example : I have LPs for a wide range of GEOs, some targeted at younger demographics, some at older ones. I also have plenty of banners that I know work better with some LPs compared to others. I also know what traffic sources are working good with dating offers and I have a very good idea about how BOT heavy they are.

This is why, when starting a new dating campaign, I don’t “shoot blindly”, I start with stuff that will deliver at least decent results. Usually, we have to test new offers, so by using a proven funnel and solid traffic source, I can dramatically decrease the amount of $ I have to spend in order to see whether an offer has potential or not.

Let’s take another example : We also run a lot of PIN submit offers. The key here is to deliver real traffic that matches the mobile carrier that the advertiser asks for. We also need to buy the traffic cheap, so high CTR banners are a must.

When testing new PIN offers, I pull the highest CTR banners and launch on sources with the best targeting or I use my own IP ranges to target as accurate as possible. This way, I don’t have to worry about the traffic, I know it’s good and properly targeted. All I focus on is the performance of the offers I’m testing. This is a massive time and $ saver again.

HOW TO GET A BENCHMARK SET?

The whole idea of this technique is to eliminate as many factor as possible, when testing something new, based on the past performance of your campaigns. You paid for the past data, make sure you use it to it’s fullest potential! Many people literally throw away data from failed campaigns, don’t be like that. There is always something you can learn from them.

I always analyze my campaigns and look for extraordinary performers … is there a banner that stands out in terms of CVR or CTR? I grab it and add it to the benchmark set. Did we hit a special LP that slays the others? Or maybe an offer outperforms the other ones … not only will we start pushing it more, it also becomes part of my benchmark set immediately.

It’s up to you to build a set like this for you too, nobody will hand it over to you on a plate. The sooner you start collecting this, the faster you will be able to use it. I’m sure you already have some data at your disposal, analyze it and use it.

IS THIS SET UNIVERSAL AND TRANSFERABLE?

Keep one thing in mind: The idea of the benchmark set is not to become profitable straight away with every new campaign you launch, it’s just meant to make your life easier by eliminating some parts of the funnel, when doing initial testing.

The last thing you want, is to create a fresh campaign, spend $50 and end up with ZERO conversions. The benchmark set will help you prevent this from happening from a large part.

Many things cannot be transferred from one GEO to another of course. But you have very high chance to get at least decent result when using a banner from another GEO, which literally killed it there. Obviously, you need to translate it in many cases.

The same goes for a landing page, if it worked perfectly in Austria, it will most likely work pretty well in Germany too. You can apply the same logic on offers too, in case you’re testing an offer in a similar vertical, in some cases the same LPs will work. It’s very common with PINs for example.

And even traffic sources can be judged this way, in case a source has excellent traffic in a few GEOs, they most likely have quality traffic for other countries too. It goes the other way around too, if a source literally holds a BOT party in some GEOs, the others will be flooded too.

One way or another, it’s always better to start with something that has shown potential in a different GEO, instead of starting with everything from scratch again. So yes, your benchmark set will be transferable, but with certain limitations.

I don’t think this topic needs further explanation. Don’t waste your time and go searching for the winners, they are hidden in your data! 🙂 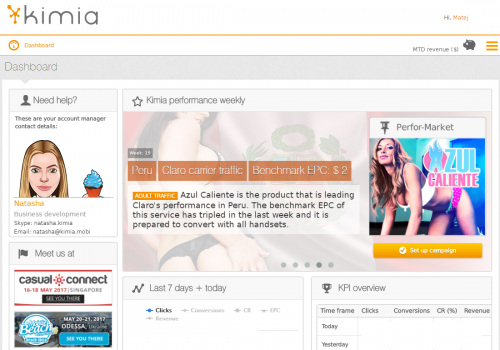